I got an email this past week from a Minnesota fellow, Tom Stafford. He was interested in my fly fishing and mostly in learning how to fly cast. While he owned a couple of rods he hadn’t yet had much time on the water and needed some “tweeking’; we talked via the phone and arrived at a time for him to meet me at our property here in NW Wisconsin.

Our plan was to take a couple of hours and travel down the Totagatic River; cast, catch some fish, etc. … the water was so low that it quickly became evident that we wouldn’t make our pick up time a few miles downstream. I audibled and called Vickie, told her to pick us up at the same point that we had put in … but the same time we were supposed to be picked up a few miles downstream.

I knew there was a perfect spot in the river to beach the boats and just concentrate on fly casting and learning how to fish for … and land fish. Tom was a newbie at the sport … but had the perfect mentality to learn and quickly started seeing results as we spoke about simple things like line hand, rod hand and probably the biggest killer of all … keeping your line hand (left hand) away from the rod during the cast, creating a single or first haul off the water.

It was evident to me that I had both a good person and a great student who was willing to take direction and then put it into practice. After 30 minutes or so of casting and talking we created a pattern that allowed Tom to cast about 25 feet in front of him.

I hadn’t yet came to the ‘landing’ portion of the lesson when low and behold…a smallmouth took Tom’s popper. The fish was lost … but lesson two was how to land and lip a smallmouth. Two casts later another smallie cooperated and Tom did just as the teacher directed … and landed a nice, plump, 12 inch fish.

In the next 45 minutes we discussed fly casting, fly fishing … and Tom ended up landing another 5 nice smallmouth and lost a fish of real trophy size. Sacre’Bleu … or so it goes!

What a fun day; fun for both student and teacher. Tom and I are friends and will be from here forward … I expect to see him back up here in the land of plenty. I expect that the next time he will have practiced more and be ready for a full day on the water. God is good and blesses people (all of us) with days like these.

You have probably figured out that I have a pet scripture; Gal 6:9. Today was a perfect example of these wise words; let us not get tired in doing what is right for after a while we will reap a harvest of blessings … if we don’t get discouraged and give up! Do something good for another … take someone fishing; you might just end up meeting one of those really nice humans … like I did today!

Come along with me as I once again am fly fishing from my float tube on a small lake here in NW Wisconsin for largemouth bass. I will show you how to set up a topwater (popper) as well as a better system for rigging your streamers so that you don’t get bit off my […]

While this is a short video … it sure was a fun hour catching several nice bass, under the lily pads … on our lake here in NW Wisconsin. The fishing here on our lake has been very good as I have spent a few hours catching pike, bass and some crappie. Fishing from a […]

The water continues to drop here in NW Wisconsin and thus I have extended my search for viable water. On this video adventure, I fly fish a new section of the genesis of the St. Croix River. The smallmouth bass are up and aggressive from beginning to the very last casts. Come along with me […]

The water levels up here in NW Wisconsin have fallen to all time lows and frankly we are headed for some tough times if we don’t get some of the rain that most other parts of the country is getting … too much in fact! I decided to take a run down one of the […]

Small Water Sportsman, an online magazine, is, once again, featuring Jeff in their June edition. ... Read it Here ... and, if you want ... Subscribe to SWS for Free.

If you are near Jeff in Southern Indiana (November thru May) or NW Wisconsin (May thru October), contact him about his very reasonable rates for float tube instruction or fly casting lessons. 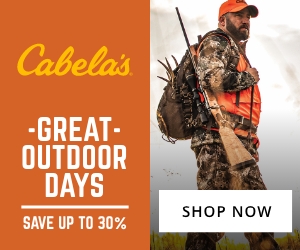